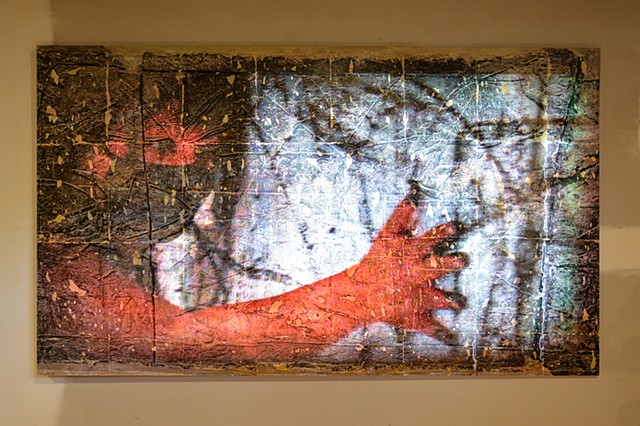 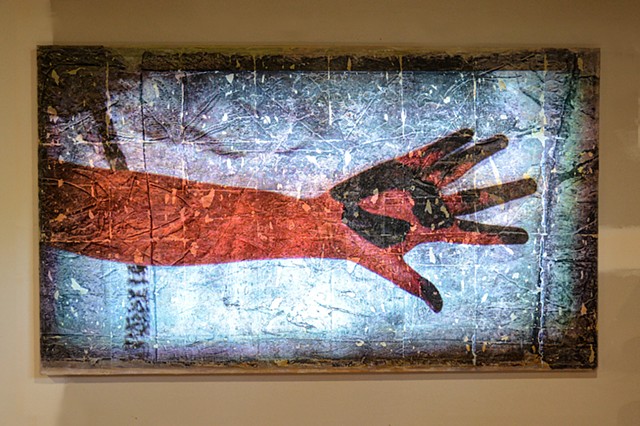 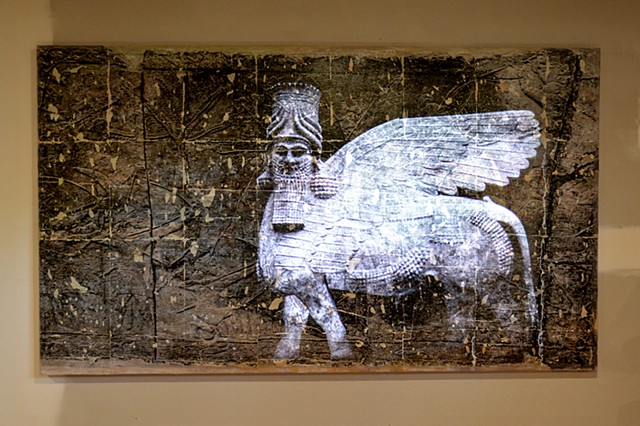 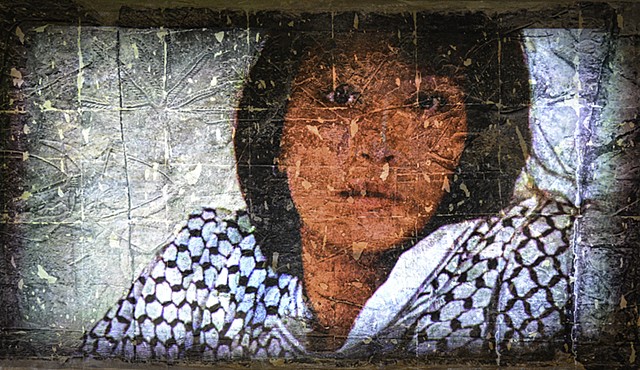 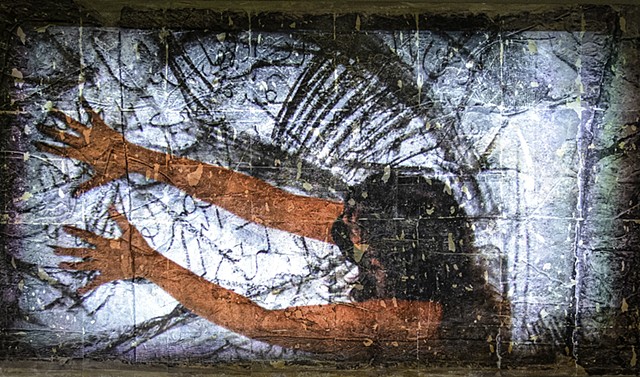 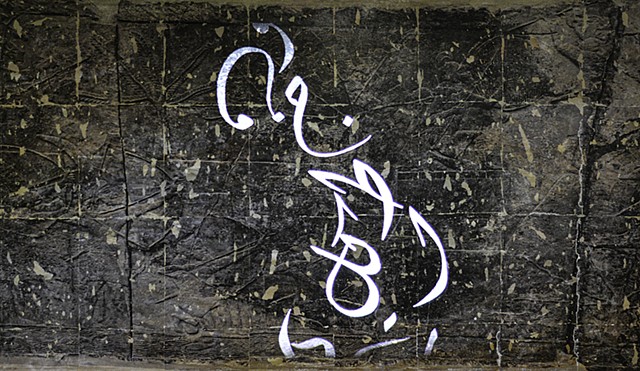 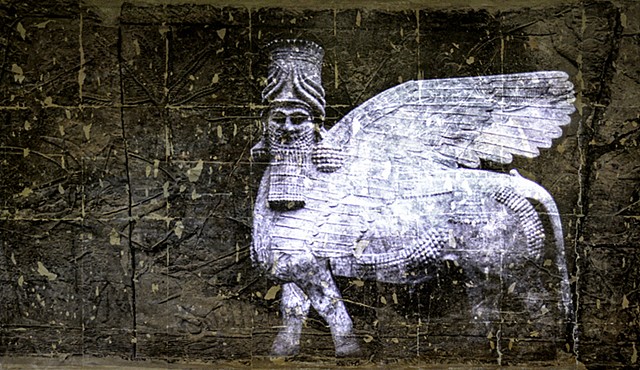 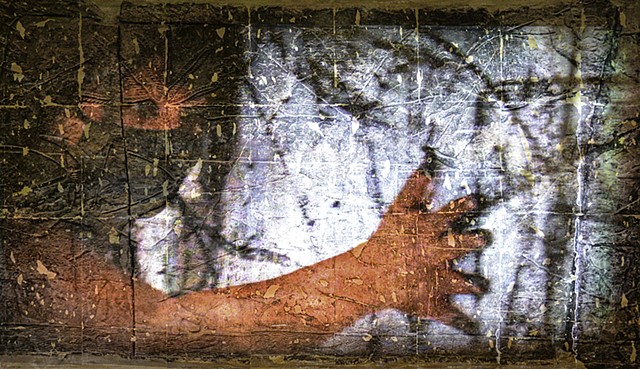 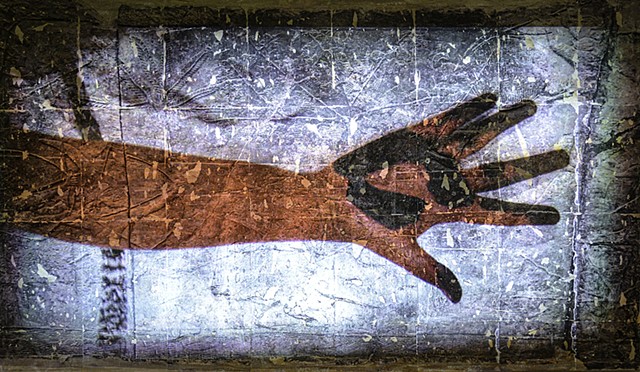 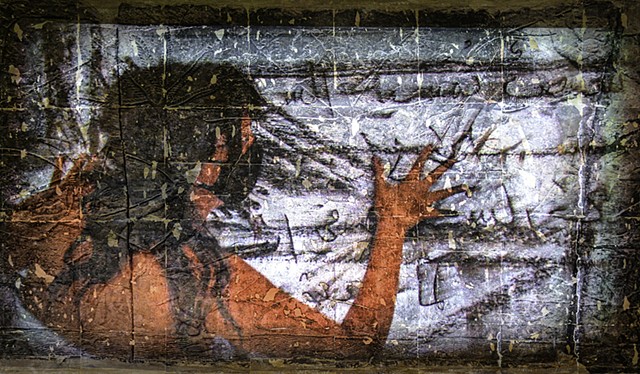 Undesired Erasure is a multimedia work dealing with the effect of time and place to erase (metaphorically) a language; the first two channels of video create a dialogue between an animated ancient Cuneiform writing and Mesopotamian symbols juxtaposed with modern time language (Arabic) in Iraq. Thousands of years ago, Cuneiform was the language used at the same reagin. In the second video, the two juxtaposed channels are a documentation of my performance; in one channel, I am writing Arabic poems by Iraqi Poet Muhammad Mahdi al-Jawahiri (1899-1997), who lived in exile for a long time. In the other channel, I am erasing and smudging the charcoal writing. As immigrants, we find ourselves dealing with the dominance of using English or other languages instead of the language we were born and raised with. It is fascinating for me how, year after year, English use makes it hard to express myself in Arabic.